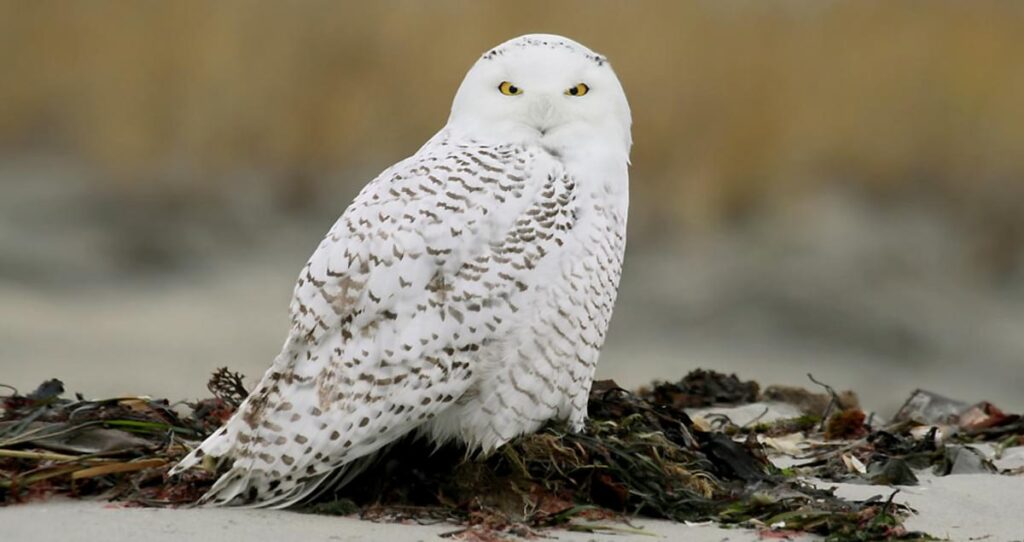 I am an amateur Hawaii bird watcher. I smile to think Snowy Owls love Hawaii too! Hawaii is a human melting pot of nationalities that get along so well with each other – I am always happily amazed at this fact! It is a combination of things like the sharing of our delicious foods and cultural traditions that have become common place in Hawaii and enjoyed by all.

I have recently learned that a beautiful Arctic Snowy Owl has come here, perhaps to stay as well. I have heard there was a sighting at the Kona Airport that had a sad ending, but mine is better…read on.

The other day I was sharing a recent amazing hawk experience with friends and told them that I had learned a fascinating thing about the snowy owl and how some of them have moved here and call Hawaii home.

One of my friends that I surf with (that I was telling about my amazing hawk experience) shared with me an experience he had recently with an Artic Snowy Owl here in Kona.

He happened to be up at 3:00am and was out in his yard enjoying the nighttime views and temperatures of our lovely island when he was startled (and thrilled) by a snowy owl landing only a few feet away in his hedge. The bird stood 2 ft. tall and had a 5 ft. wingspan. Owl and man startled each other.

My friend went on to say it was so mystical, as the snowy owl in that light lent a similarity of perhaps a cat with wings, close up, with a slight boxy shape to its face; the bird also had his furry looking legs and wings extended as he landed. Interestingly, this owl has appeared again a second time a few weeks later and my friend’s wife saw it as well that time.

That was an amazing story, so a few nights later, I was sharing the story over dinner with my good friend and PHD, who had resided on Molokai Island in the 60’s, and she said, “Oh yes, I have seen one on Molokai, it was back in 1968 and I couldn’t believe my eyes.”

Somehow it was a reassuring note to me as I heard her words. Probably because I thought perhaps global warming or something we (mankind) have done to our planet might be causing a recent exodus of these magnificent creatures from the arctic to the tropics. A sighting in 1968 discounts that theory in my book. So, I found out that there is nothing recent about the appearance of this snowy owl in Hawaii.

I know now that everyone loves Hawaii, even Snowy Owls! Although it is a horrendously long flight for them, maybe they are able to find refuge on sailing ships. When I sailed the South Pacific as an adolescent, we had different birds hitchhike on our yacht, and I for one gave them food and water when they arrived nearly dead in that weakened, dehydrated state in the middle of the Pacific Ocean.

I am reassured with our healthy rat, mouse, and mongoose population that this Arctic Snowy Owl should easily be able to find enough to hunt in Kona. I have a common white Pueo (owl) that visits my home after dark and it is always a thrill to me when he swoops near me or sits in my huge Haden mango tree and hoots after dark. Since I live close to my friend whom gets these occasional visits from the Arctic Snowy Owl, I have been watching the Kona night skies for my glimpse of this big amazing beauty.

It’s a wonderful Place to be,  Kona Hawaii!

Heidi is one of the “Top 100 Hawaii Realtors”